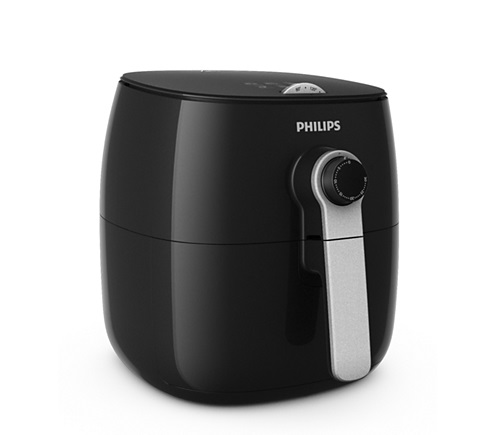 I would like to thank Mouths of Mums for giving me the opportunity to review this device. I was sent a free Philips Airfryer in exchange for at least four reviews and so this will be my fourth and final review published to both my own blog, as well as to the Mouths of Mums site.

Please note that my rating for this product may change in each review as I get to know the device more, learn the tips and tricks and so on. For now, the final rating is 3 out of 5.

The last week reviewing the Philips Airfryer, have I changed my opinion of it? Not a heck of a lot really. I tried a few things out and have come to the conclusion it does meat items well… veggie items – not so well.

Earlier in the week I made veggie chips for dinner. It was really a “let’s clear out the root vegetables” meal and consisted of potato and sweet potato chips. I first seasoned some oil with salt, pepper, sumac and savoury yeast, I then rolled the chipped veg in this oil and airfried them.

It took…. Sooooo long! About two hours to do all the batches of veg. So the rest of the meal was stone cold when the last lot of chips was done. And, no matter how much I let them sit on paper towel, they did not crisp up and stayed soggy. So not so much chips as, well, cooked soggy veg. And the constant loud, droning noise of the airfryer for the two hours it took? Headache making and just added to the misery. Seriously this wasn’t a good meal no matter how photogenic it looks here.

This morning I did two final meals with the Philips Airfryer, just to see if it could do them and, well, it could.

Firstly I made Tamari almonds – which is just a cup of almonds tossed in a couple of teaspoons of wheat free tamari soy sauce and then roasted. This went well, took me half the time it usually would and the airfryer is definitely easier to clean out after making them than the tray for the oven would be.

I then did a fry up as, what else should an airfryer be cook at than frying food? It took me 20 minutes to fry up 5 long rashers of Kanmantoo Bacon, half a Torunska (a Polish like Kabana) and 2 large mushrooms. And at the same time I was able to make toast, scramble some eggs and make a cup of tea – and not burn or ruin any of it! So, unsurprisingly, the airfryer was good at a fry up. But as fry ups are an occasional meal in my house – not a daily or weekly occurrence – I can’t say whether this is a bonus or not. I mean, it was faster, easier and much easier to clean up after… but as it’s not something I do daily or weekly, was the airfryer a lifesaving kitchen device? No, not really.

But we do eat Tamari almonds weekly – if I bothered making them – and I will admit the airfryer did make them quickly and easily… so maybe my family will start getting Tamari almonds more often now?

I also do still wish the airfryer came with all the accessories it was advertised at having as, quite frankly, I would have loved to have tried making my granola in it, as well as bake bread and cakes… none of which I can do when all you get is just the basket.

Would I recommend this device to others?

After the four weeks? No, I really don’t think I would. It really does still come across more as a kitchen gimmick than something that would be a time saver in the kitchen. For a family my size and for the sorts of whole foods – no pre-made rubbish – that we eat, there are far better cooking appliances out there. An example would be – a decent sized fan forced oven with some cook cooking racks and trays.

Would I buy this device for myself?

No I wouldn’t. I am still in two minds as to whether I will keep this one given to be as a freebie or give it away to someone more into the types of foods it seems more designed for – reheating pre-made stuff.

I will admit it was great at cooking certain types of meat, and much easier to clean… but the size of the basket versus the size of my family meant I needed to cook multiple small batches of food over a long period of time. And, to feed my family on time, I would much rather just use my oven and have the not so perfect pork belly ribs or similar… just so we all got to eat at the same time and eat a hot meal at that. I don’t want to spend hours waiting while cooking so many batches – which is exactly what I had to do with this airfryer. It is noisy too and after having it on for so long the silence of it switching off it about the only nice thing I can say about it. And, I will add, I’m an owner of a Thermomix and I am saying this is loud… that says a LOT!

In summary: The airfryer is great at cooking some things, not so good at cooking others. The basket size is too small to cook large enough portions for a family of 5 and it takes way too long to cook all the small portions to feed us. I feel far more suited to people wanted to reheat pre-made foods for snacks and parties than someone looking for a useful kitchen device to help them cook wholefood meals for their entire family.